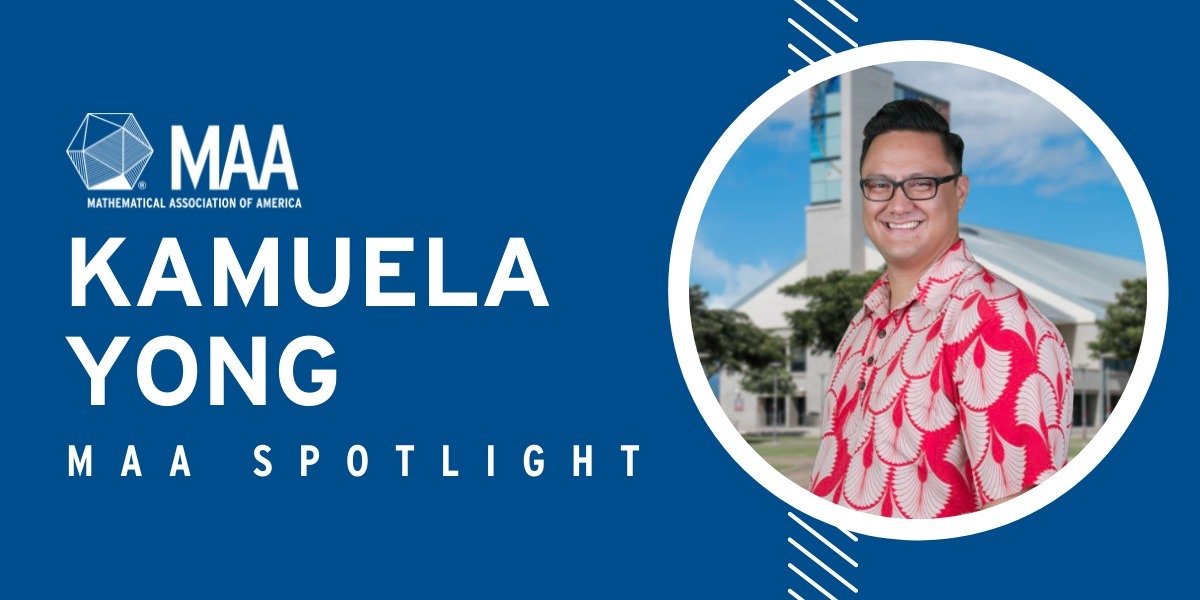 I Knew I Wasn’t Alone: Kamuela Yong and Building Community

“Ask for help, because help will always be there for people who need it.” Kamuela Yong recalls this statement as the best advice he ever received. The idea has sustained him through challenges in his journey and has been passed along to many of Yong’s own students. Certainly, help in all of its forms — mentorship, support, community — is at the heart of Yong’s story.

Ask for help, because help will always be there for people who need it.

Yong always had an affinity for mathematics; however, without encouragement from one of his mentors, Erika Tatiana Camacho, he may never have seriously pursued the subject. Yong began his undergraduate career at Loyola Marymount University (LMU) as a civil engineering major because he couldn’t imagine what a career in applied mathematics might look like. He always loved solving problems and doing puzzles and saw engineering as a more practical way of pursuing that passion. However, he never quite gave up on mathematics, deciding to minor in it along with his engineering degree. Eventually, though, Yong realized he was taking so many math classes for his own enjoyment that he was on track to earn a degree in applied mathematics as well as civil engineering. So, he added on a second major, a decision which soon landed him in a senior capstone course taught by Camacho.
When Yong first entered Camacho’s classroom, he still very much intended to pursue engineering first and foremost. He enjoyed mathematics, but he still didn’t know what he could do with an applied mathematics degree. However, one day, Camacho introduced Yong to mathematical modeling — the process of using mathematical structures to represent real-world situations. That day changed Yong’s world. Camacho and her class opened Yong’s eyes to the extent to which mathematics touches every aspect of life, from engineering to biology. The part of Yong that always loved solving problems and puzzles immediately knew this was what he wanted to do. 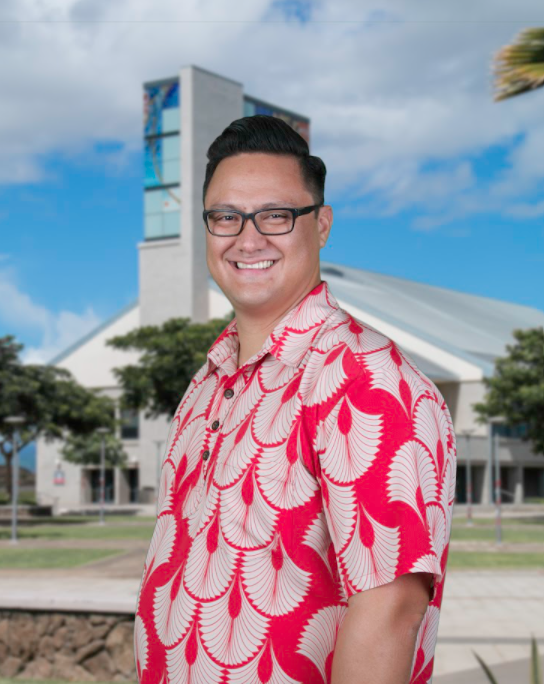 Following Yong’s graduation from LMU, he decided to pursue a graduate degree in applied mathematics from the University of Iowa. Yong felt confident going into this next phase of his academic journey. As an undergraduate, he took six courses each semester, and in graduate school, he only had to take three. He expected that the material would be more advanced, but it didn’t concern him. However, when the first semester of graduate school finally came around, he quickly felt that he was in over his head.
One of the most challenging aspects of graduate school, Yong recalls, was how alone he felt. The material was certainly difficult in itself, but even more challenging was the feeling that everyone else in the class understood what the professor was talking about, except for him. Eventually, he reached a breaking point. He was tired of struggling in silence and he felt ready to give up. Before he did, though, he decided to reach out to Camacho. When he told her how he was feeling, she said, “Everyone feels that way. The reason why the person to your right isn’t raising her hand and saying she’s lost is that she’s looking at you and you’re not raising your hand.” Without realizing it, Yong and all of his classmates had internalized the fear and shame of being wrong so much so that they had isolated themselves from each other — the people who were meant to be their community. With Camacho’s encouragement, Yong finally began to reach out to his peers and build relationships that became his support system. “It didn’t make school easier, but it gave me a way to cope with it. I knew I wasn’t alone.”

It didn’t make school easier, but it gave me a way to cope with it. I knew I wasn’t alone.

Shanise Walker looks back at her early education with gratitude, in which she saw herself reflected in the math teachers she encountered. As of 2018, women only made up 29% of all mathematics doctorate recipients, and members of underrepresented minority groups only made...

A Happy Accident and a Lifelong Legacy

Jacqueline Jensen-Vallin’s MAA story began as something of an accident. As a recent Ph.D. graduate from the University of Oregon, Jensen-Vallin was accepted as a Mathematical Association of America (MAA) Project NExT fellow. “I have to admit,” she recalls. “I assumed tha...