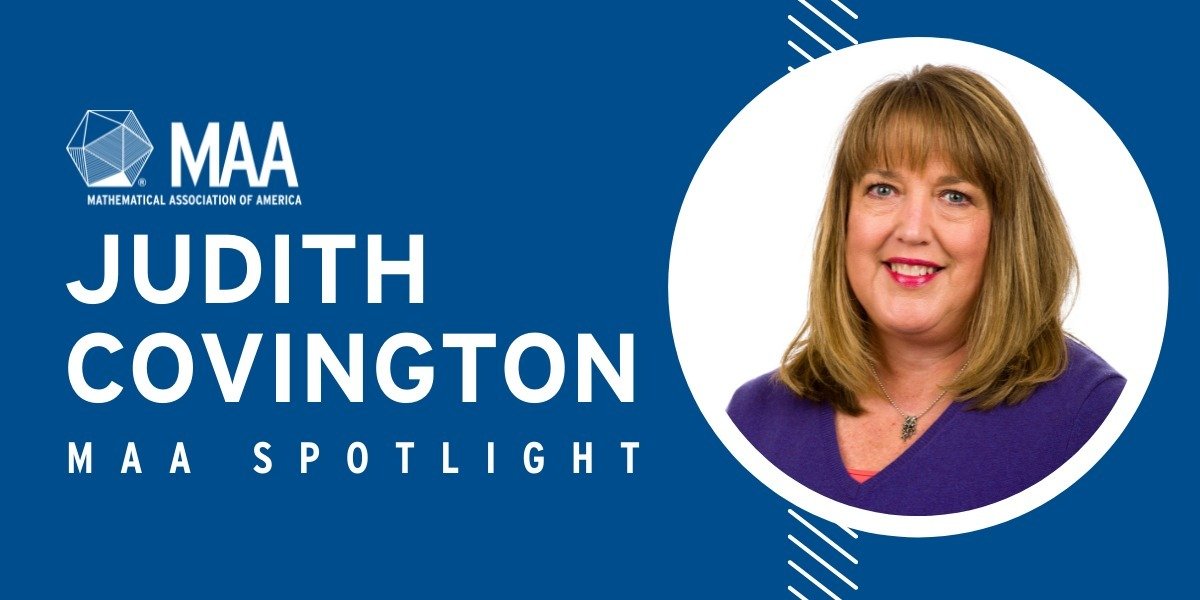 This year, Judith Covington heard that one of her fellow MAA Project NExT Red Dots had just announced his retirement. “I have clearly been teaching long enough to retire,” she says. “But I do not see that on my horizon.” In fact, when asked where she sees herself in ten years, she didn’t hesitate. “I hope that I am doing the same job I am now,” teaching at Northwestern State University of Louisiana (NSU) — the same university that started her mathematical journey.
However, Covington didn’t always know that teaching was her calling. In fact, she began her undergraduate career as a microbiology major with no intention of teaching. But once she began dreading her required labs, she knew she needed to make a change. Her father was a mathematics faculty member at NSU, so she switched to a mathematics major. Covington intended this to be a temporary change, but mathematics never quite let her go. “In many ways, I feel that my mathematics degree was meant to be,” she reflects. Having grown up with a father in mathematics, Covington says she was never given permission to dismiss mathematics as “too difficult” or to dismiss herself as “not a math person.” She feels that having a childhood without that stigma was a key part of her success, and is an opportunity that should be given to everyone. 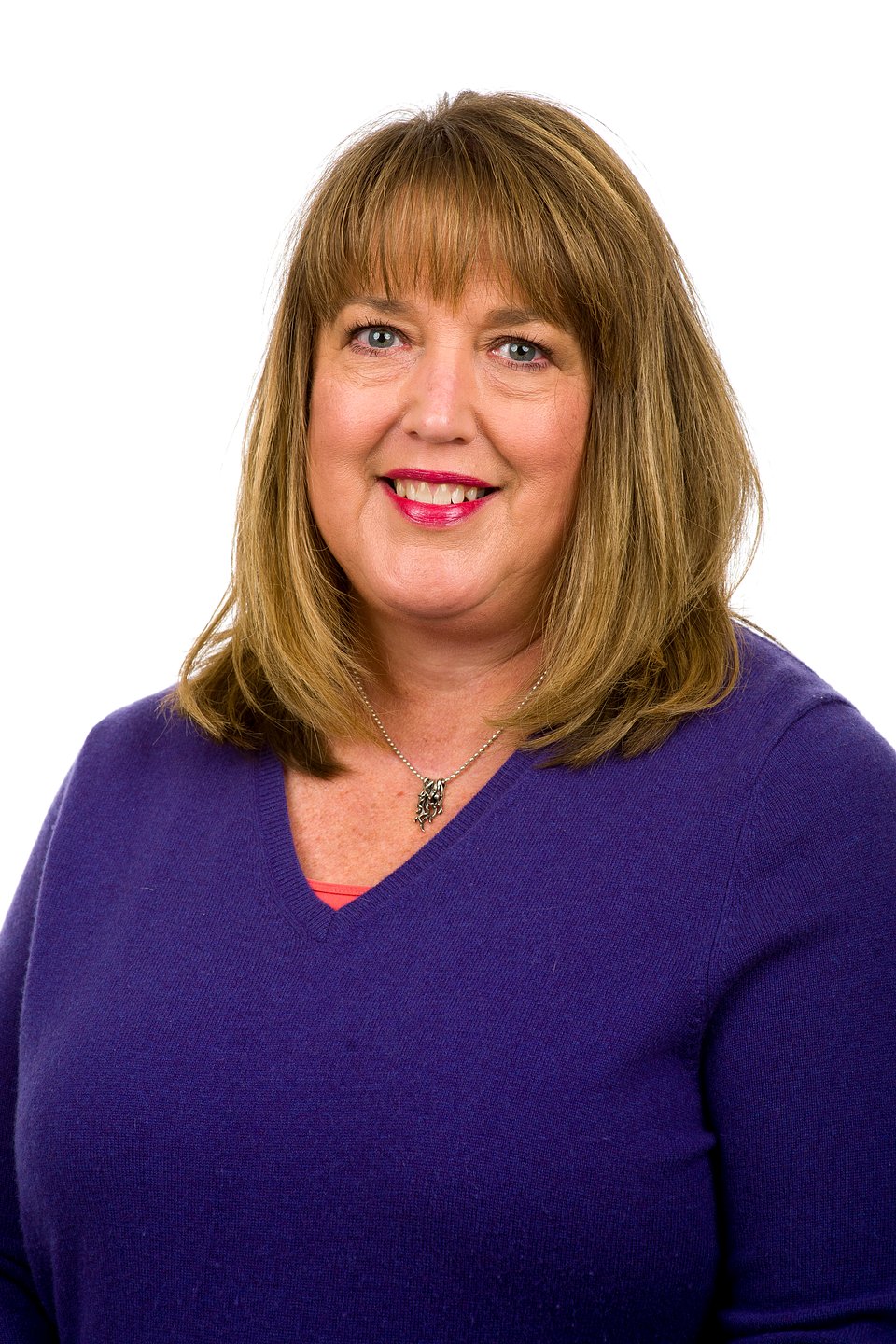 When she graduated, Covington assumed that teaching was the only path forward. Though she now knows that there are countless career opportunities for mathematics majors, she is happy to report that teaching was in fact the only path forward for her. This realization came during her first year of teaching after earning her Ph.D. To her dismay, Covington was assigned to teach a night class. She admits, “I dreaded returning to campus for a class that started at 6 PM,” when both she and her students were exhausted from long days. However, to her surprise, once class started, the hours flew by. “That was when I realized how much I enjoyed what I do.” From that moment on, Covington’s passion for teaching has sustained her both personally and professionally for over twenty-five years. “There is nothing like working with a struggling student when they finally understand and have that ‘aha’ moment.”

There is nothing like working with a struggling student when they finally understand and have that ‘aha’ moment.

Another crucial experience in Covington’s life and career came in 1994 when she was accepted into the inaugural MAA Project NExT cohort, the “Red Dots*.” “I don’t know where my career would be without Project NExT,” she says. That same year, she attended her very first national mathematics meeting at MAA MathFest, which was also the first time she ever flew on a plane. Wide-eyed and experiencing so many things for the first time, Covington felt slightly out of place, especially as one of only two Louisianans in her cohort. Years later, however, Covington can’t walk very far down a hall at MAA MathFest without running into someone she knows. The community she became a part of in 1994 only grew over the years, providing her with both the professional community and the personal development she needed to get to where she is today. 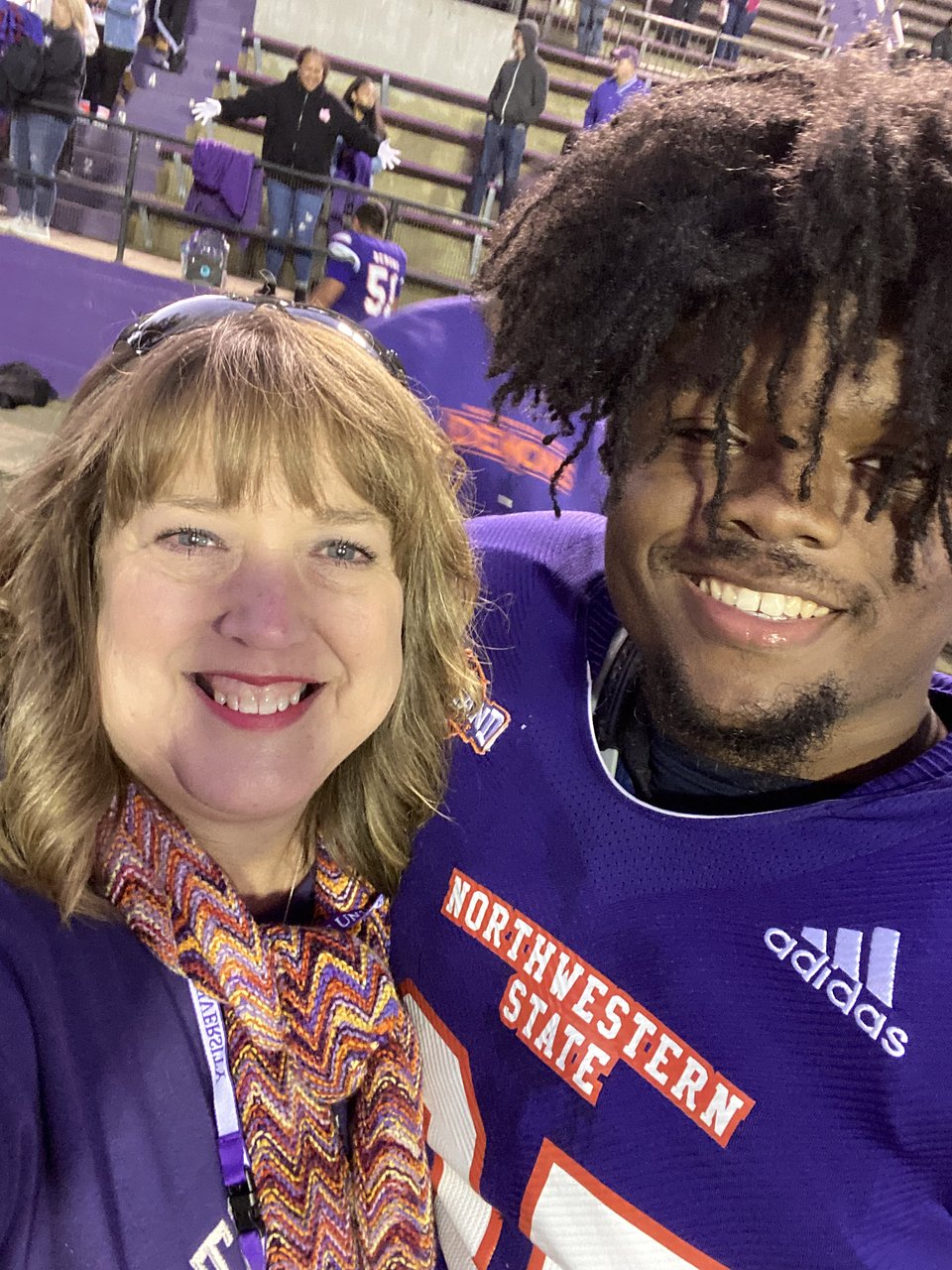 Judith Covington with one of her students, SirMichael Veasley.

Three years later, Covington’s colleagues Chris Stevens and Jim Leitzel asked her to join the MAA Project NExT leadership team. Recalling her own transformative experience in the program, she quickly accepted. Now, she could help build the community that had impacted her own life so profoundly. She began working to develop new programming for future cohorts on topics such as inquiry-based learning. As an added bonus, Covington also got to keep attending the workshops as a member of the leadership team. After seventeen years of being involved with MAA Project NExT, Covington says, “The person and teacher I am now is so different from that person [I was in 1994]. MAA taught me that I was not alone in caring about teaching and that there was always someone willing to talk with me about teaching and ways to improve my teaching. MAA made me feel valuable and continues to do so today.”

Throughout her time as an MAA member, Covington has also served as Governor-at-Large for Teacher Education, Section Governor for the Louisiana-Mississippi Section, and as the first Vice-Chair of Congress. In 2015, she was awarded the MAA Deborah and Franklin Tepper Haimo Award for Distinguished College or University Teaching of Mathematics. The most rewarding part of it all, she says, is the potential impact her work has had. Through Project NExT, she was able to work with over 1,000 fellows, all of whom took those lessons into their own classrooms full of students who would one day carry them forward. She continues this work at NSU by running courses for future teachers, who will also continue this cycle of learning. With that type of exponential growth, Covington can’t exactly quantify the impact she’s had on the math community, but that may make it all the more special.
We are extremely grateful for the exponential impact Judith Covington has had on our MAA community. To learn more about MAA Project NExT and other professional development opportunities, please visit our website.
*The first MAA Project NExT cohort was actually originally associated with a different color. Do you know what it was?
MAA Spotlight