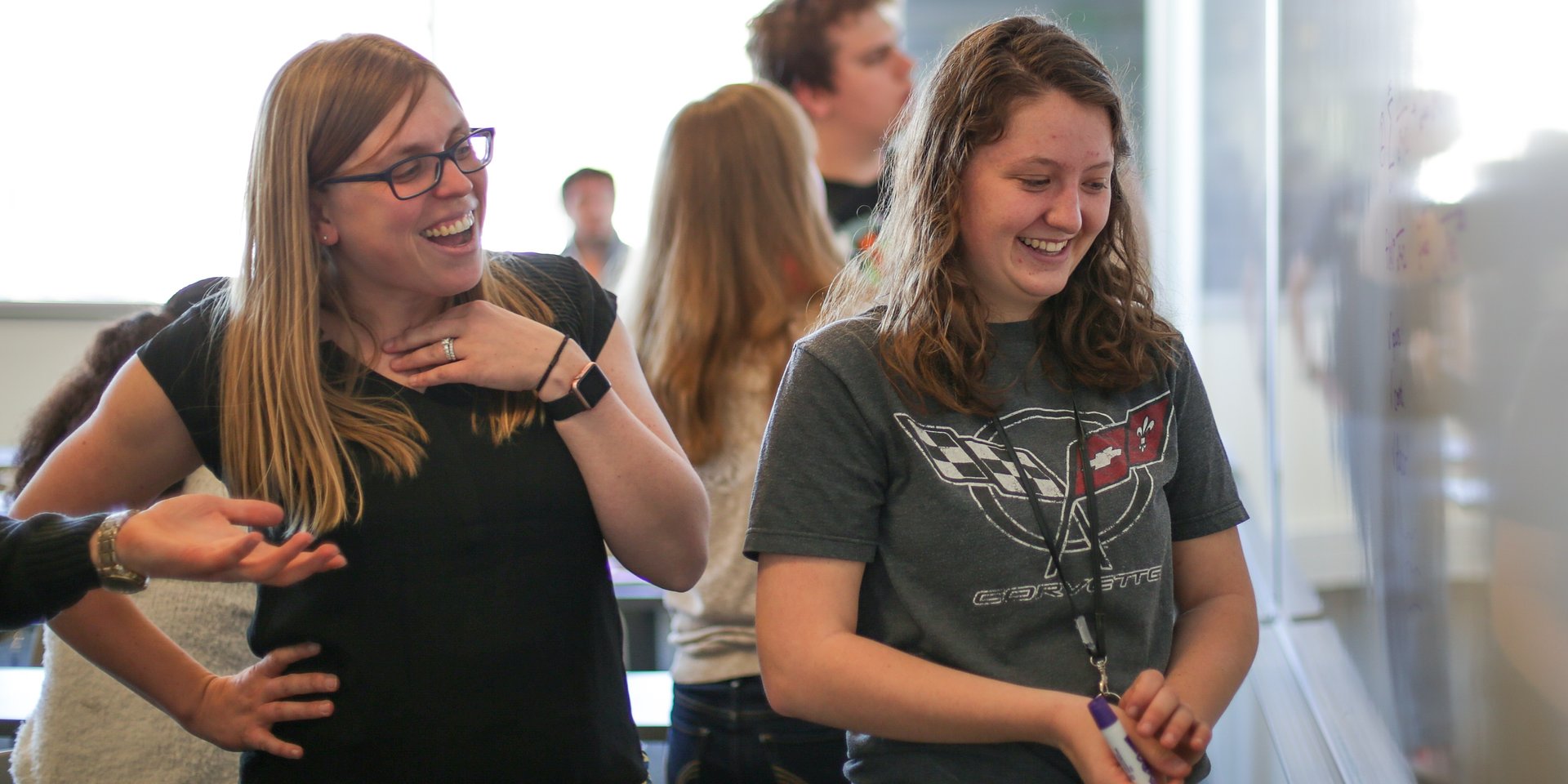 The summer after her junior year of college, Rebecca Swanson spent countless nights awake at the homeless shelter she helped run. The small staff meant that the student volunteers had to sleep in shifts so that one of them would always be available if anyone needed anything. While many people may have read or listened to music to keep themselves awake, Swanson had a different tactic. Each night as she prepared for her shift, she’d pull out a pencil and one of her Martin Gardner mathematical puzzle books. Whether it was a geometry problem, a combinatorics question, or a logic puzzle, Swanson would spend hours playing these mathematical games.
Seeing that image, no one would have doubted that Swanson loved mathematics and helping people equally. In fact, she has spent the majority of her mathematical journey helping others, whether that be in her high school study hall, her college classes, or now as a teaching professor at the Colorado School of Mines. However, she didn’t always know how to ask for help herself. The summer after her sophomore year of college, Swanson attended the Summer Math Program for Women at Carleton College (SMP) at the recommendation of her advisor. Coming from a very small town in North Dakota and a small liberal arts college in South Dakota, Swanson quickly became overwhelmed. Suddenly, she was surrounded by 20 highly talented students, many coming from much larger universities, and she struggled at times to comprehend the material. 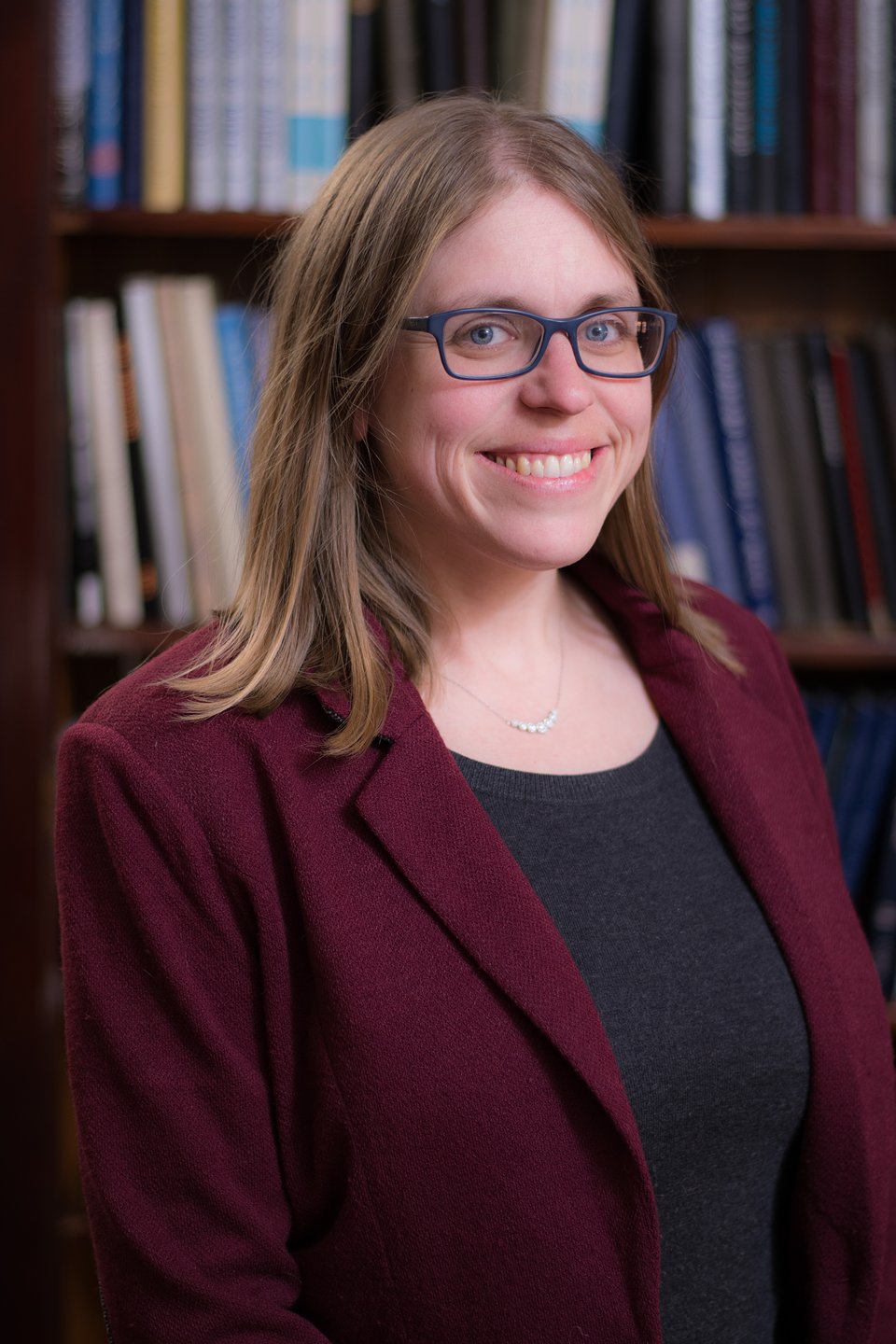 Swanson frequented office hours, often diligently reviewing the same concept over and over until she understood it; but at times, she simply felt lost. She didn’t always have the words for what she needed, and in those instances, she struggled to reach out for help. Luckily, one of her instructors, Karen Brucks, recognized that hesitancy and immediately reassured her. “She helped me realize that I could get the support I needed,” Swanson recalls. “Even if I didn’t know what question to ask.” This lesson has stuck with Swanson, and she passes it along to all of her students. “It’s ok to not know, to not understand things,” she says. As renowned physicist Richard Feynman once said, “Not knowing is not failure. It’s the first step to understanding.”

It’s ok to not know, to not understand things.

This unconditional support gave Swanson the confidence she needed to continue pursuing her goal: to become a teacher at the university level. However, graduate school brought with it new challenges. In particular, Swanson discovered the stigma that surrounded her decision to pursue a teaching-oriented career over a research-oriented one. Nothing was ever said to her explicitly, but she picked up on the way faculty members and her peers spoke about job opportunities —  often highlighting the perceived prestige of research and downplaying the importance of teaching. Swanson was surprised at first, but soon internalized the comments she heard and began to doubt her own passion. She even remembers feeling embarrassed to tell her advisor that she wanted to go into a teaching position following her Ph.D.
Swanson cites community as one of the main ways she was able to overcome these feelings of doubt. Around the same time that she first encountered these negative comments, she also attended MAA MathFest for the first time. “I really felt like I found my community at MathFest,” she says, recalling the numerous sessions that focused on teaching and all of the friendly faces who became longtime friends. At MAA MathFest, Swanson was also introduced to MAA Project NExT, which she eventually joined, thus solidifying her supportive inner circle and exposing her to the world of innovative pedagogical research. Now, a pedagogical researcher herself, Swanson is helping the next generation of mathematicians learn about innovation in teaching as a facilitator of a new Project NExT group on flipped learning. 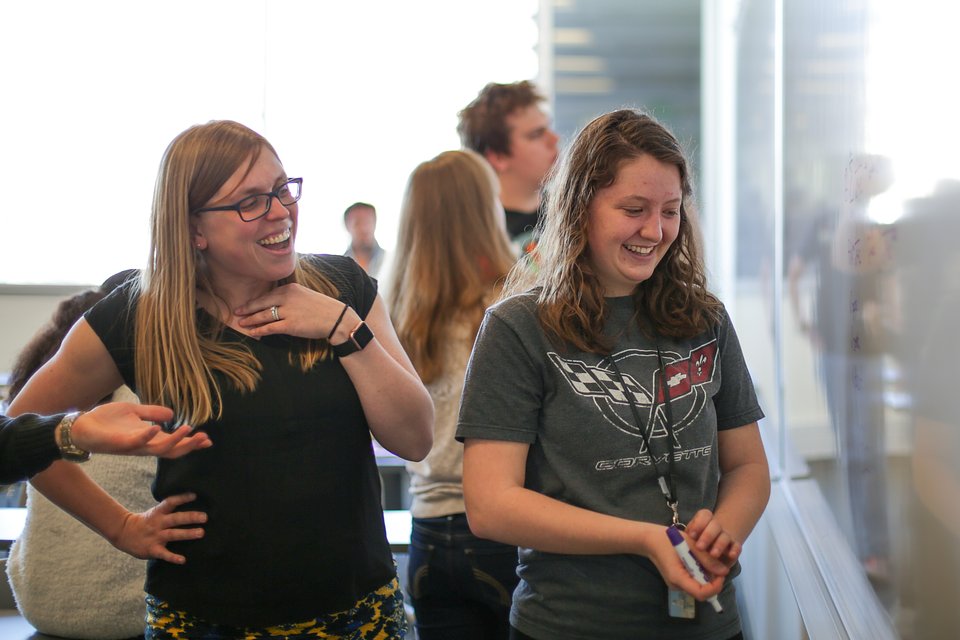 Rebecca with one of her students.

Ultimately, though, the resilience required to continue following her passion came from within. In the face of the stigma she felt, Swanson realized that she could no longer look outward for approval or validation in her career. Instead, she turned inward and determined success on her own terms. “I get to define my own success,” she says —  another lesson that she passes along to all of her students.

I get to define my own success.

Now, as a Teaching Professor at the Colorado School of Mines, Co-advisor of the school’s Putnam team, Co-organizer of Section NExT for the Rocky Mountain Section, and Chair of the MAA Pólya Lecturer Committee, Rebecca Swanson could not be more grateful for the path she chose. And, we at MAA could not be more grateful to have such a dedicated and inspiring member of our community.
MAA Spotlight