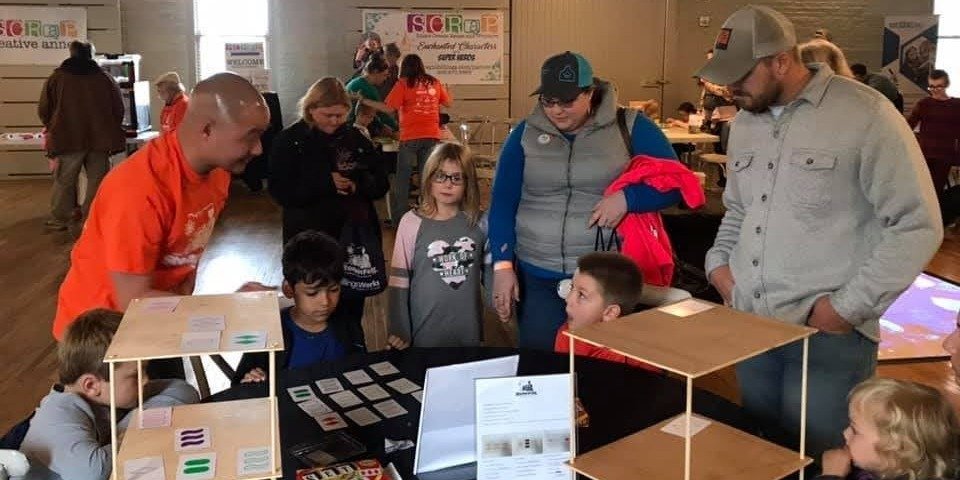 Uncovering a Passion for Mathematics

“Nothing else had ever struck me as the thing I was supposed to do until this,” Tien Chih says, recalling the moment in his undergraduate career when he realized he was meant to be a math teacher.
However, Chih didn’t always have such certainty in his path. Though he showed promise in mathematics from a young age, by the time Chih was in middle school, his interest in the subject had faded, largely due to the way he was taught. In elementary school, Chih had been a part of a gifted and talented program in which students explored mathematics freely through games and activities ranging from origami to making their own tessellations. However, as Chih progressed in his education, math class became more standardized and less exciting, and his early interest in the subject dwindled. “What I lost was the idea of math as an exploratory subject,” he says.
At the same time, Chih began to lose interest in academics more generally. He no longer felt the childlike joy he once did in learning something new and the material simply couldn’t hold his attention. By his first year of university, Chih had declared a major in a field he wasn’t passionate about, and felt indifferent about his future. “I didn’t know who I was,” he says. Eventually, he left school and worked for a short period before returning to his home in Hilo, Hawaii and restarting his college education at the University of Hawaii at Hilo (UH Hilo). Chih still wasn’t exactly sure what he wanted to do. However, given his transfer credits, a major in mathematics was the shortest path to a degree in something. So, he took a chance on mathematics.
Looking back, Chih remembers his time at UH Hilo as the most transformational period in his life, largely due to the guidance and mentorship of one professor—Dr. Ramón Manuel Figueroa-Centeno. Dr. Figueroa-Centeno always held office hours for his abstract algebra class at the school’s Math Learning Center, where math majors often gathered to study. Chih found himself there frequently, and slowly began to get to know the professor. It started with a question here or there about a homework assignment or an exam, and gradually grew into deeper, more substantial conversations about mathematics as a whole, or about Chih’s future. Over time, Dr. Figueroa-Centeno opened Chih’s eyes to the wonders of mathematics and to what it truly means to be a mathematician.
During these conversations, Chih felt something he hadn’t felt in a long time: excitement. The world of mathematics that Dr. Figueroa-Centeno opened before him was vast and fascinating, and Chih was determined to explore it. However, this revelatory period brought with it feelings of anger as well as excitement. Looking back at the majority of his own education, Chih began to feel like he’d been cheated—robbed of the true joys of mathematics, which he had only known briefly in elementary school. As an undergraduate, Chih felt he was only just starting to encounter the most beautiful and interesting parts of mathematics, and he felt sorry for the many students who gave up on the subject before reaching that point. It was then that Chih realized he was meant to be a teacher. 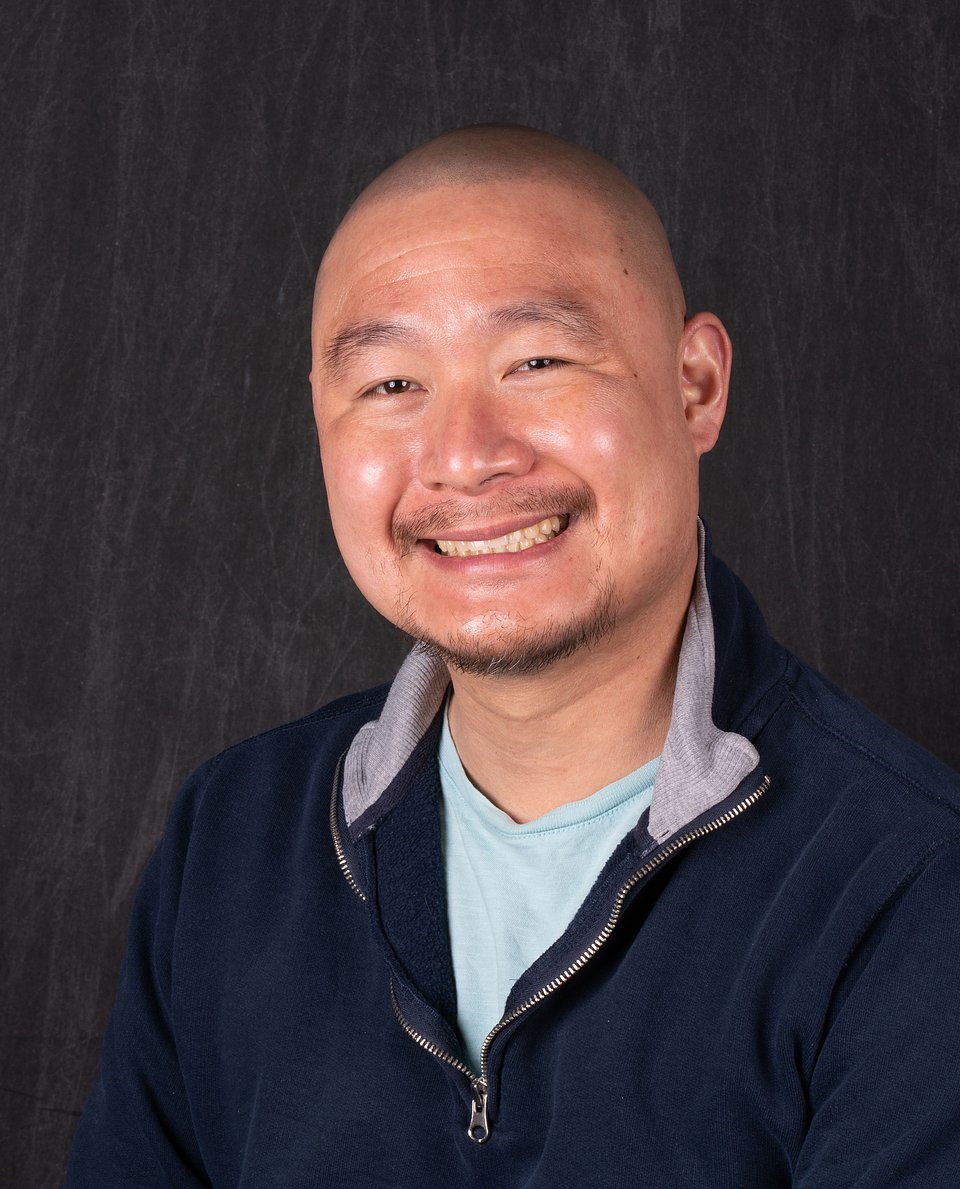 With Dr. Figueroa-Centeno’s encouragement, Chih went to graduate school at the University of Montana, where he met Jennifer McNulty, who later introduced him to the Mathematical Association of America (MAA) through its Pacific Northwest Section. In his first years of being a professor, Chih joined the Pacific Northwest Section’s Section NExT program, dedicated to supporting new faculty members in their teaching, scholarship, and professional activities. It was at one of these meetings where Chih first heard about MAA Dolciani Mathematics Enrichment Grants (DMEG).
MAA DMEG Grants support programs dedicated to fostering student interest in and appreciation of mathematics. As he began his career as a professor, Chih was determined to do just that—to help students follow their curiosity and find joy in mathematics. He especially wanted to reach students before they could become discouraged or disinterested in the subject. So, he decided to start a Math Circle at his university—a place where middle school students could explore the world of mathematics freely through fun and engaging activities, a similar experience to the one that first sparked Chih’s interest in the subject.
In 2018, Chih was awarded an MAA DMEG grant, which provided him with the support and resources he needed to create what has become a staple of the Montana State University, Billings community. “It is a place where students can have fun and learn math for its own sake, without the pressure of grades,” Chih says. Every other week during the program, Chih’s classroom (whether virtual or in-person) is filled with games, laughter, and excitement as students explore advanced mathematical concepts and make lasting connections. 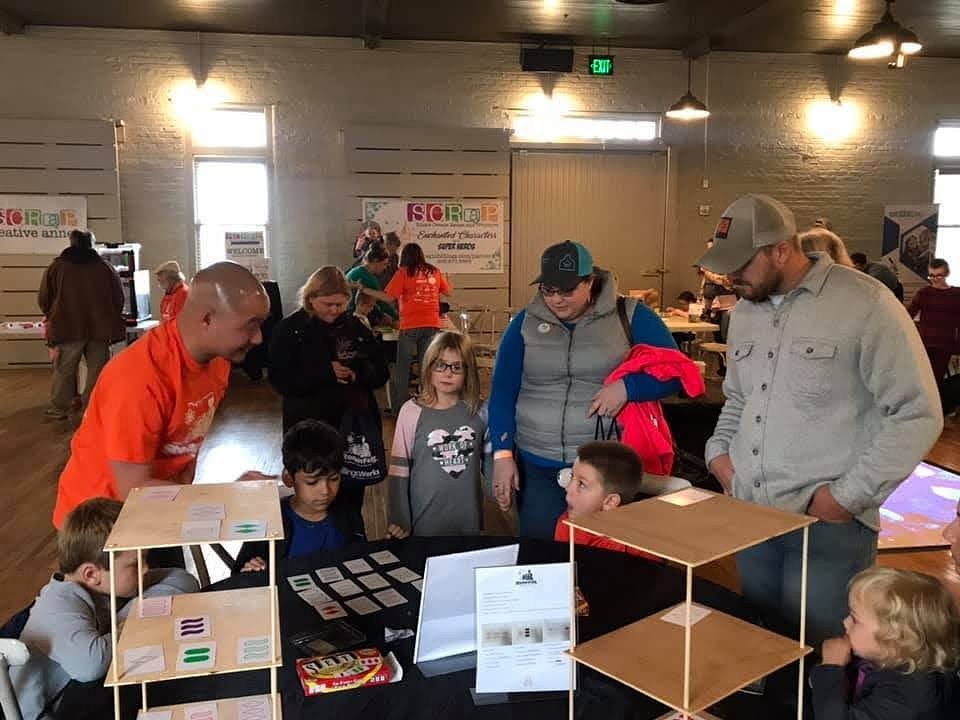 Chih with students and parents.

Chih’s journey wasn’t without its challenges, but through them all, he was able to not only uncover his own passion for mathematics but help others uncover their passions as well. MAA is proud to support Chih’s Math Circle for the fourth time this year with an MAA DMEG grant. We are also proud to have members like Chih in our community, who continually demonstrate their dedication to helping students and spreading the joy of mathematics.
MAA Spotlight