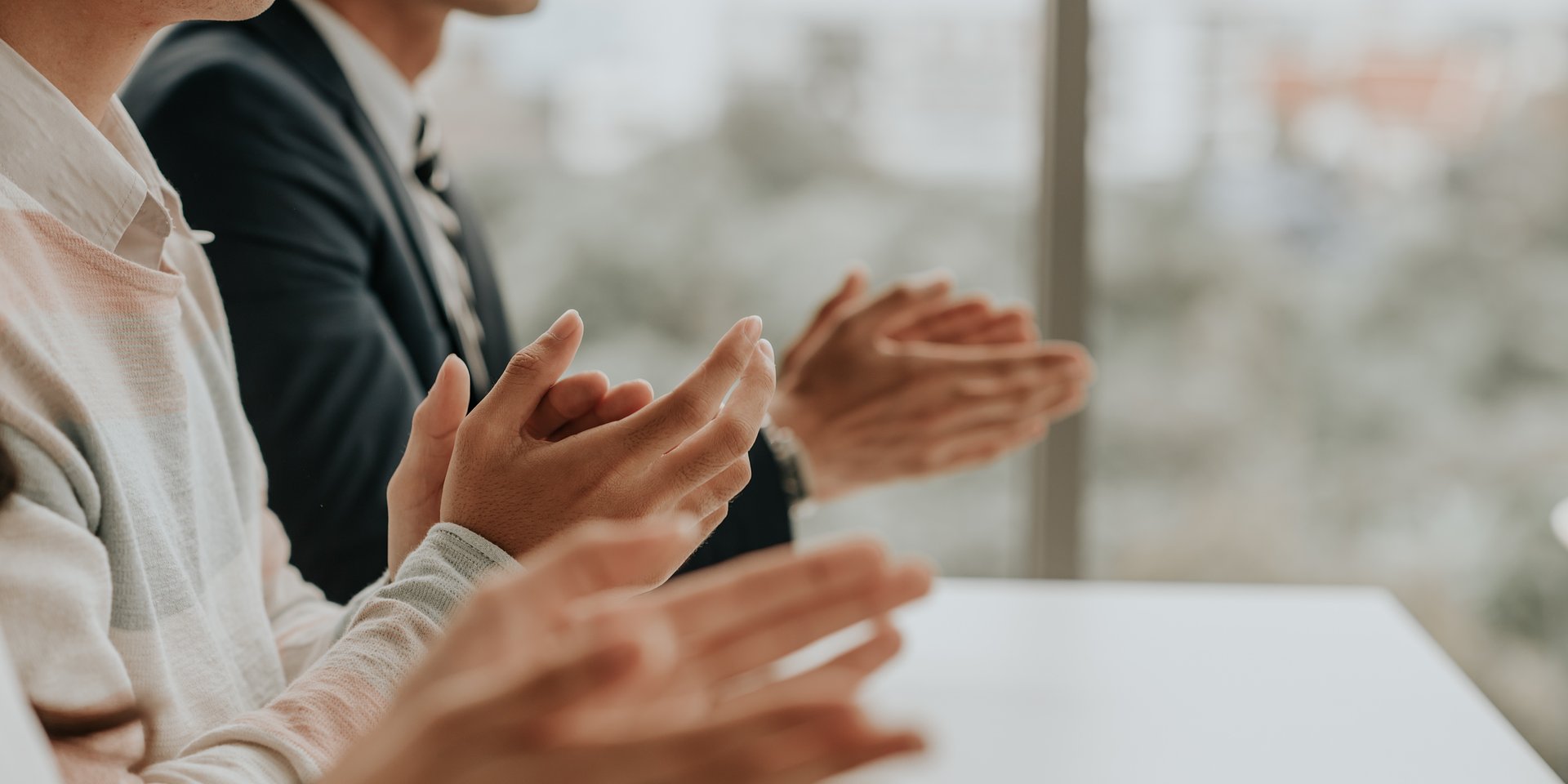 Washington, D.C. (Feb. 1, 2021) Mathematical Association of America (MAA) welcomes the following to the Board of Directors:
President, Jennifer Quinn
Treasurer, C. Allen Butler
Officer-at-Large, Congress, Emille Davie Lawrence
The Mathematical Association of America expresses its sincere gratitude to the following outgoing officers and members of the Board of Directors for their service to the association and mathematics:
President, Michael Dorff
Treasurer, Jim Daniel
Officer-at-Large, Congress, James Alvarez 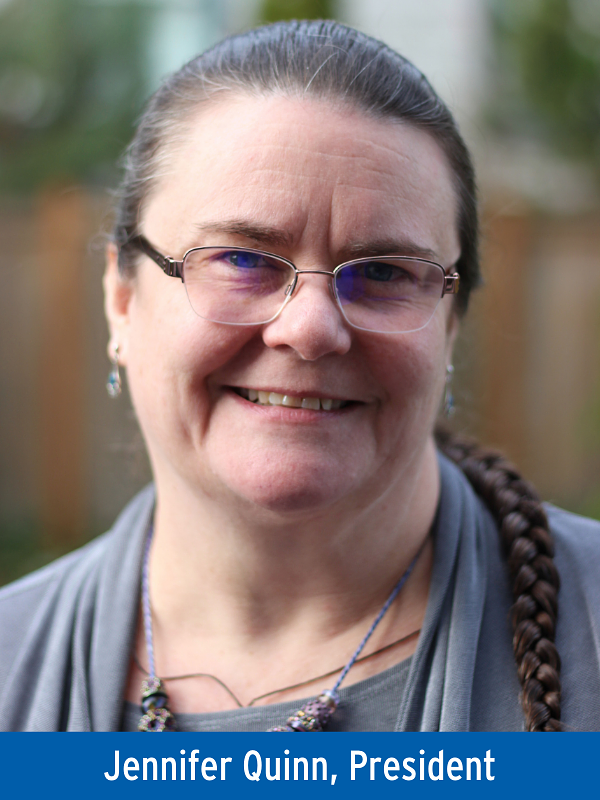 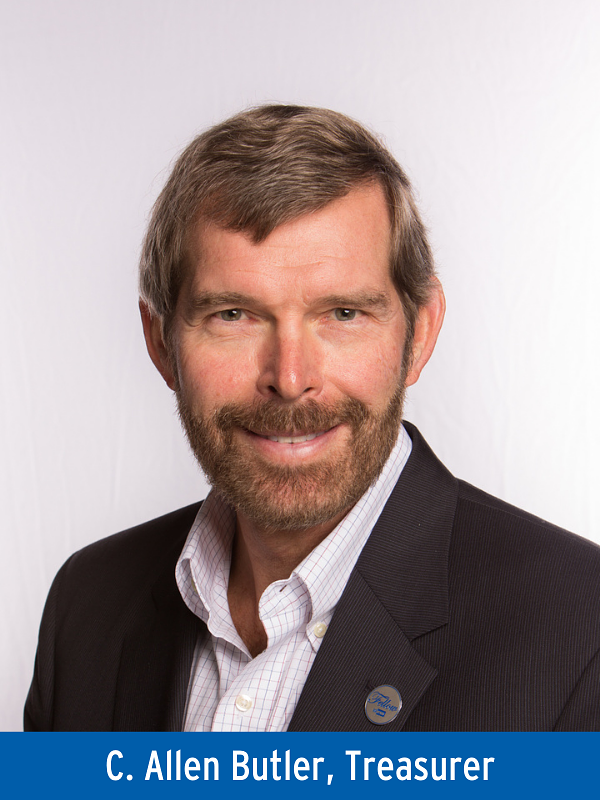 Jennifer Quinn, President
Jennifer Quinn is a professor of mathematics at the University of Washington Tacoma. She earned her BA, MS, and PhD from Williams College, the University of Illinois at Chicago, and the University of Wisconsin, respectively.  Her first academic position was at Occidental College, where she rose through the ranks to full professor and chaired the department. At UW Tacoma, she has helped build a mathematics curriculum on the expanding campus, served four years as associate director for Interdisciplinary Arts & Sciences, and stepped in as interim associate vice chancellor for Academic Affairs when needed.

Quinn has held many positions of national leadership in mathematics including executive director of the Association for Women in Mathematics and previously for the MAA: co-editor of Math Horizons, second vice president, chair of the Council on Publications, and officer-at-large on the Board of Directors. She received a 2007 Haimo Award for Distinguished College or University Teaching and a 2006 Beckenbach Book award for Proofs That Really Count: The Art of Combinatorial Proof, co-authored with Arthur Benjamin.  As a combinatorial scholar, Jenny thinks that beautiful proofs are as much art as science. Simplicity, elegance, transparency, and fun should be the driving principles. She strives to bring this same ethic to her classroom, administrative work, and professional service.
C. Allen Butler, Treasurer
Dr. Allen Butler began his career as a research mathematician at Daniel H. Wagner Associates, Inc. in 1987 and was promoted to president and CEO in 2008.  He earned a B.A. in mathematics from Texas Tech University and a Ph.D. in mathematics from the University of Illinois, Champaign-Urbana.  Serving as principal investigator for numerous DoD projects, he applied innovative mathematics to problems in tracking, data fusion, and search optimization.  He developed and implemented various optimal search algorithms, whose applications include the interdiction of narcotics smugglers in the Caribbean.  Dr. Butler is an INFORMS fellow, serves on the Industrial Advisory Board of the Physics and Computer Science Department of Christopher Newport University, serves on the Board of Trustees of the Institute for Mathematical and Statistical Innovation, and is a visiting lecturer for SIAM.
Emille Davie Lawrence, Officer-at-Large, Congress
Emille Davie Lawrence is a term associate professor and chair of Mathematics and Statistics at the University of San Francisco. She earned her B.S. in mathematics from Spelman College and her Ph.D. in mathematics from the University of Georgia. She has also been a postdoctoral fellow at the University of California, Santa Barbara, and an assistant professor at California State Polytechnic University, Pomona. Her research focuses on the topological properties of spatial graphs, and she is involved in several national programs aimed at broadening participation in the mathematical sciences. Emille enjoys speaking about mathematics to people of all ages and believes strongly that mathematics should be accessible to everyone. Her non-professional life is filled with music and other performing arts and spending meaningful time with her husband and two children.
“We thank our outgoing officers for their dedication and commitment to the association, members, and community,” said Michael Pearson, executive director of the Mathematical Association of America. “I look forward to continuing working with Jenny as she assumes her new role, and working with the new Board members, who I know share a deep commitment to MAA and our values.”
About MAA
The Mathematical Association of America is the world’s largest community of mathematicians, students, and enthusiasts. We accelerate the understanding of our world through mathematics because mathematics drives society and shapes our lives. Learn more at maa.org.

Washington, DC - The U.S. team earned fourth place at the Romanian Master of Mathematics (RMM), organized remotely for the first time, on October 11 - 16, 2021. The RMM is a challenging international high school mathematics competition that allows students to exchange ma...

WASHINGTON, DC - The MAA American Mathematics Competitions (MAA AMC) is pleased to announce the 2021 winners of the Edyth May Sliffe Awards for Distinguished Mathematics Teaching in Middle School and High School. This national education prize is awarded annually to middl...