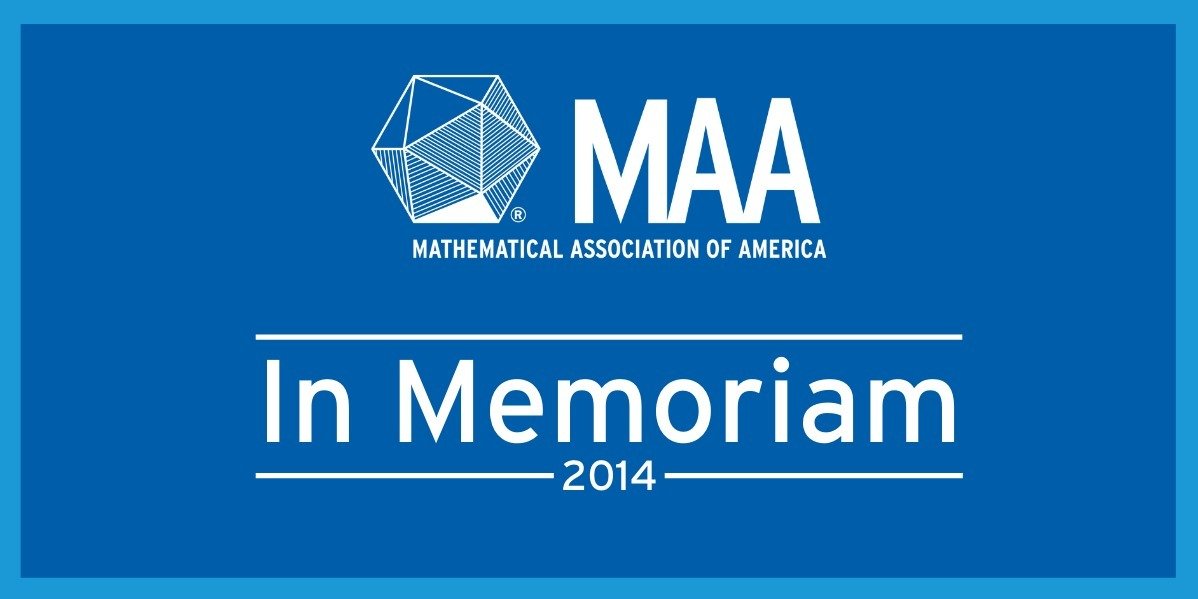 Nuri Yelman Ölçer passed away on September 12, 2014, at the age of 82.  He was a life member of the MAA for 28 years and a researcher at Ordnance Engineering Associates in Chicago.  An expert in partial differential equations, he also taught at the Illinois Institute of Technology and spent two years at Argonne National Laboratory.  More information about Ölçer can be found on this page and his obituary.