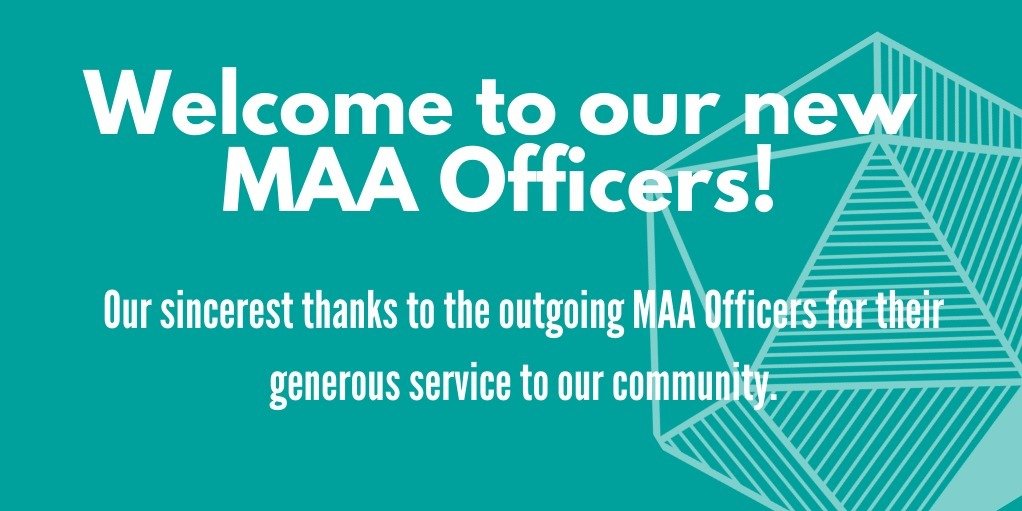 Mathematical Association of America Welcomes New Secretary, President-Elect, and Board of Directors Members

MAA Secretary 2018-2022, James Sellers, Pennsylvania State University
James A. Sellers is a professor of mathematics and the director of Undergraduate Mathematics at The Pennsylvania State University. He earned his B.S. in Mathematics from The University of Texas at San Antonio and his Ph.D. in Mathematics from Penn State. He recently received the Schreyer Honors College Excellence in Teaching Award from Penn State, and he is the recipient of MAA Allegheny Mountain Section Mentoring, Service, and Teaching Awards. Sellers served as chair of the MAA Allegheny Mountain Section, and he is now Co-PI of an NSF Robert Noyce Teacher Scholarship Program at Penn State. More than 90 of his research articles on partitions and related topics have been published in a wide variety of peer-reviewed journals.
President-Elect 2018-2019, Michael Dorff, Brigham Young University
Michael Dorff is department chair and professor of mathematics at Brigham Young University. He received his Ph.D. from the University of Kentucky. He is co-founder and co-director of the NSF-funded PIC Math (Preparation for Industrial Careers in Mathematical Sciences) sponsored by the MAA and SIAM. He is also the founder and previous director of the NSF-funded Center for Undergraduate Research in Mathematics (CURM). Dorff started the BYU "Careers in Math" Speaker series and the BYU summer 8-week mathematics REU. He is a popular mathematics expository speaker and has received several university and national teaching awards including the MAA Haimo Teaching Award, and BYU's top teaching award, the Maeser Excellence in Teaching Award. Dorff also received a Meritorious Service award as well as a Teaching award from the MAA Intermountain Section.
Vice President 2018-2020, Carol Schumacher, Kenyon College
Carol Schumacher is professor of mathematics at Kenyon College and has served three terms as department chair. She received her BA from Hendrix College and her Ph.D. in mathematics from The University of Texas at Austin. Schumacher is the recipient of Kenyon College’s Trustee Teaching Award and the MAA Ohio Section Distinguished Teaching Award. She is the author of Closer and Closer: Introducing Real Analysis and Chapter Zero: Fundamental Notions of Abstract Mathematics, 2E. Schumacher co-chaired the 2015 CUPM Curriculum Guide for Majors in the Mathematical Sciences.
Chair of Congress 2018-2020, Suzanne Dorée, Augsburg University
Suzanne Dorée is a professor of mathematics at Augsburg University, currently serving as department chair. She received her BA from the University of Delaware and her MA and Ph.D. in mathematics from the University of Wisconsin-Madison. Dorée is the recipient of the MAA North Central Section Award for Distinguished College Teaching of Mathematics and Certificate for Meritorious Service.
Officer-at-Large 2018-2019, Jennifer Quinn, University of Washington Tacoma
Jennifer Quinn is a professor of mathematics at the University of Washington Tacoma and served four years as Associate Director for Interdisciplinary Arts & Sciences. She received her BA from Williams College, her MS from University of Illinois, Chicago and her Ph.D. from the University of Wisconsin-Madison. In the past she has served as executive director for the Association for Women in Mathematics, MAA second vice president, co-editor of MAA's Math Horizons magazine, and, currently serves as chair of the MAA Council on Publications and Communications. Quinn received the MAA Haimo Award for Distinguished College or University Teaching as well as the MAA Beckenbach Book Award for Proofs That Really Count: The Art of Combinatorial Proof, co-authored with Arthur Benjamin.
Chair of MAA Committee on Sections 2018-2021, Lisa Marano, West Chester University
Lisa Marano is a professor and director of the actuarial science program at West Chester University where she also serves as the coordinator for the Actuarial Science and Mathematical Finance programs. She received her BA from Rider University and her MS and Ph.D. in mathematics from Lehigh University. Marano serves on the MAA Committee for Minority Participation in Mathematics. Prior to this, she served two terms on the MAA Committee for Undergraduate Student Activities and Chapters Member and has served the MAA Eastern Pennsylvania and Delaware Section as Governor/Section Representative, Chair, Vice Chair, and Section NExT Coordinator.
About MAA

WASHINGTON, DC (April 16, 2021) — The Mathematical Association of America (MAA) continues to close the gender gap by celebrating 845 young women (38 receiving awards and 807 receiving certificates) around the nation for their achievements in this year’s MAA American Math...

Washington, D.C. (Feb. 1, 2021) Mathematical Association of America (MAA) welcomes the following to the Board of Directors:

Mathematical Association of America Announces 2021 Recipient of the Chauvenet Prize

Washington, D.C. - The Mathematical Association of America (MAA) is pleased to announce Travis Kowalski as the 2021 recipient of the Chauvenet Prize.

Washington, D.C. - The Mathematical Association of America (MAA) is pleased to announce the Massachusetts Institute of Technology (MIT) team, Ashwin Sah and Mehtaab Sawhney, as the 2021 recipients of the Frank and Brennie Morgan Prize.